2020 should be lots of fun for us (and you hopefully). We recently had a new concrete pad poured, once we have it sealed it’ll be the home to three more 20 bbl tanks effectively doubling our brewing capacity! We need someplace for all of that beer to go, and the plan is cans. While we love growlers, they take time to fill and they don’t last in peak freshness for more than a few days. We’ll have a preview in a couple weeks (details below), but a steady supply is still months away.

We’ve got a really fun lineup at the moment with some old favorites (like Snip Snap our Citra-Galaxy DIPA) and new releases (Hallow Bright all-Citra IPA and Passion Fruit Popper sour).

We brewed a double-batch of Snip Snap, so there should be plenty for a few weeks of draft and growlers. We also have special commemorative glassware available for $10 in the tasting room while it lasts! 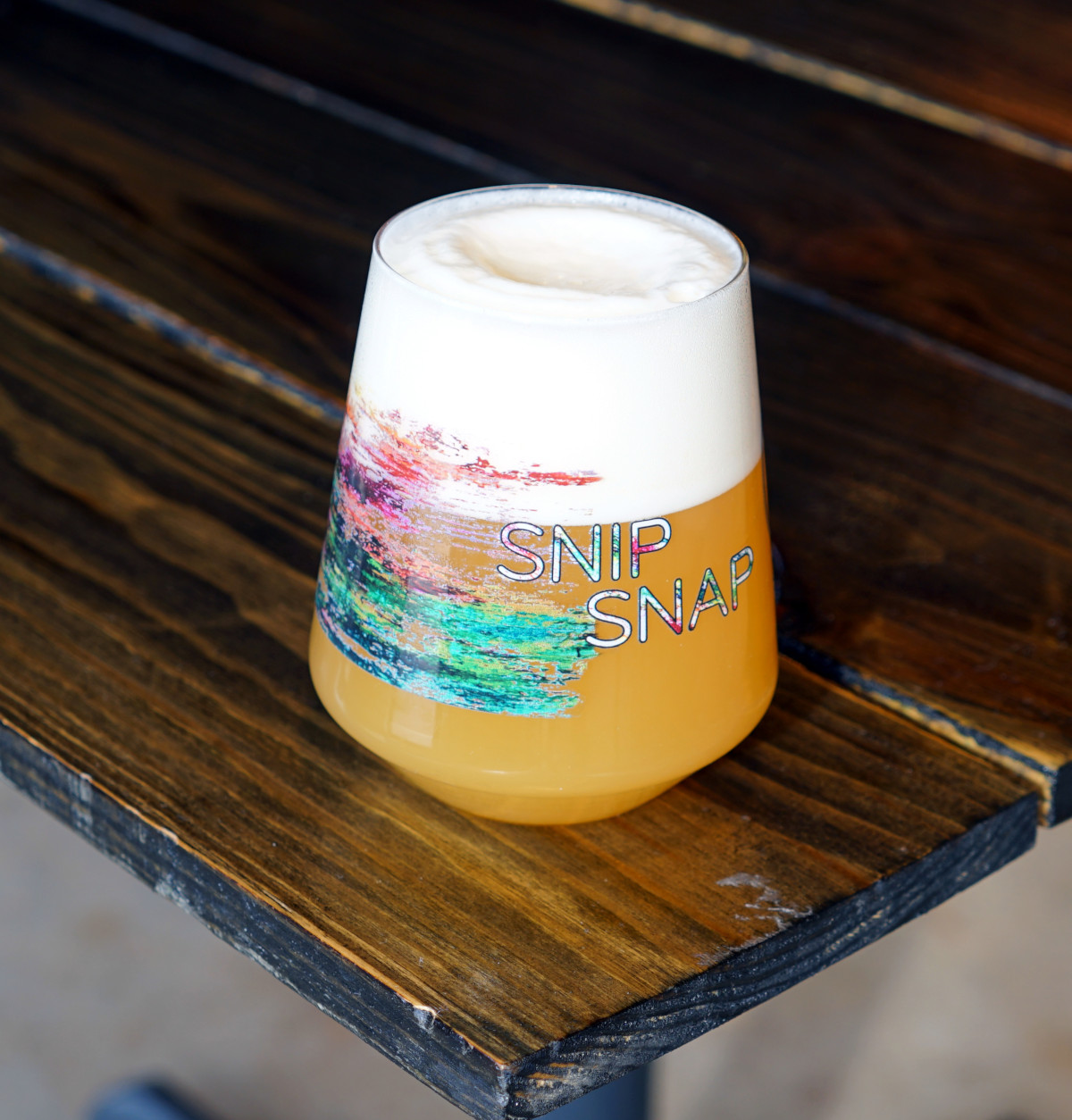 Not Out of The Woods

Our three can releases in 2019 (Cloud Palace, Snip Snap, Cheater Hops #8, and a few collabs) were brewed and canned off-site. As a trial run for canning on premises we have a collaboration with Idiom Brewing (Frederick, MD) in the tank now. Not Out of the Woods is a hazy extra-oaty (malted oats 30%) IPA hopped with El Dorado, Mosaic, and Idaho 7. Mike and co. from Idiom are going to stop by with their canning line in a couple of weeks and give us a trial run with it to see if we want one the same line.

We just brewed the second leg of the collab, a DIPA with the same grain-bill and hopped with Lotus, Mosaic, and Idaho 7 at their brewery! That should be in the next week or two, so the releases will be staggered.

We’ve sold about 80% of the total memberships in the 2020 clubs. There are fewer than 30 memberships available in each, so if you’re interested sign up soon! The Sap Club Magic Growlers are available for pick-up now, with membership cards scheduled for next week. Club members’ first chance to reserve cans will be Not Out of The Woods!

The Wood Club memberships will really start after the beers bottled in 2020 as we still have a few releases for the 2019 club to deliver (2020 members will be able to pre-purchase bottles of these, but won’t get any included with their membership). Looking like a gin-barrel-aged saison will be the first release for 2020 members, hopefully in late February! 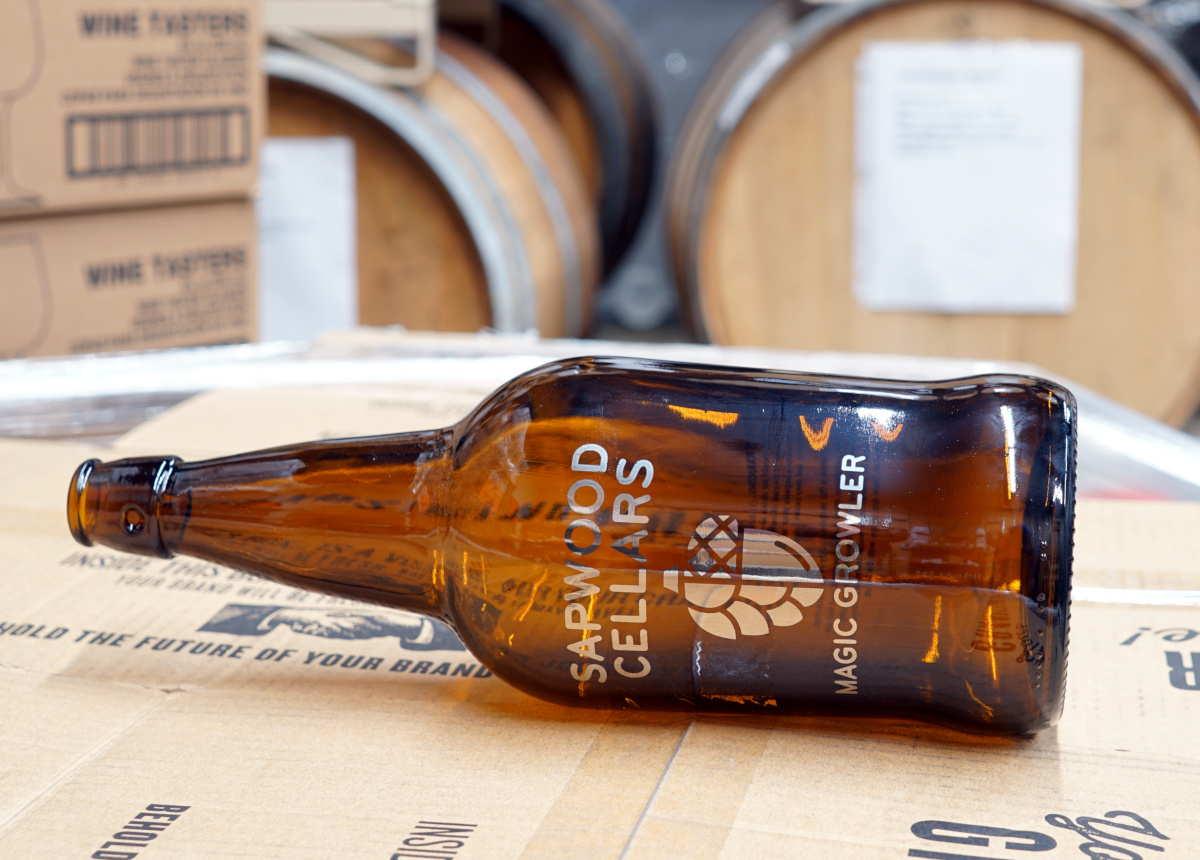 This marks the start of a new series. Up until now all of our releases were blends of barrels from the same batch of beer. We love it when that works out, but in this case we had a few barrels that didn’t fit in their original releases. This release is a blend of the sour red that became Opulence, and the dark sour that became Elliptical Orbit. All aged in red wine barrels. The flavor needed some brightening, so we added the zest of 50 oranges and cranberries (a combination of dried and juice). The result is a winter sour with a balance of rich malt and zesty fruit underpinning.

When blending, we identify barrels that are delicious, but that don’t fit with the rest of the batch. When we compile enough of these we sit down to blend, talk, and try to put order to the chaos. Each version will be a completely different beer, unique, and impossible to recreate.

#1 is a combination of the base beers for Elliptical Orbit 2019 and Opulence all aged in red wine barrels. We added subtle amounts of cranberry and fresh navel orange zest to brighten the flavor and create a sour ale that has warming flavor for the winter.

Why a Vegan Brewery?

Scott started eating a plant-based nearly ten years ago as an experiment to improve his overall health, mainly inspired by the book The China Study and nutrionalfacts.org, a science-based non-profit organization that breaks down the latest nutrition research. We realize a plant-based lifestyle isn’t for everyone and this post isn’t trying to convince anyone to eat vegan. Instead, this is a post to explain that our beer is vegan and what that means exactly.

Beer is vegan by default. The only common animal-derived ingredients in craft beer in lactose (i.e., milk sugar). Most commonly it is used in milk stouts, “milkshake” IPAs, and kettle fruited sours for sweetness and to encourage permanent haze from the high proline levels in casein (a protein that interacts with polyphenols from hops to form beer haze). Not only is the an issue for vegans, but for the billions of people who are lactose-intolerant, as well as a consideration for Jewish people keeping kosher.

To mimic the body and sweetness of lactose, we can build in natural malt sweetness in our beers. For example, we selected our house ale strain because of its tendency to leave some sugars behind after fermentation. We can also employ a hotter mash temperature to encourage a sweeter end product with more body and fullness. We also occasionally add maltodextrin (unfermentable grain-derived carbohydrates). In terms of haze creation, our house yeast also has a natural ability to ferment a heavily hopped beer with a nice permanent haze without any tricks or additives.

Although less common now, beer finings are another area where animal products are traditionally used. Specifically, gelatin and isinglass are the most popular fining agent designed to help clear up and improve the yield of beer. Gelatin is made from cattle and pigs while isinglass come from the dried swim bladders of certain fish. At Sapwood, we often use a vegan alternative to gelatin called Biofine Clear in some of our intensely dry-hopped beers which doesn’t make the beer clear, but helps to speed up the time a beer takes to lose its “green” hop burn.

Because our beer is vegan, you won’t see any imperial bacon stouts or oyster stouts. However, you will see us play with fun styles that require the use of vegan substitutes making us test out our brewing and culinary chops! For example, we recently made a S’more stout with five bags of fire toasted (by Mike) vegan Dandies marshmallows!

It’s important to us that everyone can enjoy our beers, whether that’s somebody who is animal-conscious or merely allergic to dairy. The majority of our first-year donations have gone to animal-welfare causes, and we are happy to be sending our first keg of beer this month to Great Sage, a 100% vegan restaurant in Clarksville, MD. We will continue to produce delicious vegan beer and be open about our ingredients, process, and approach to brewing animal product-free beers. 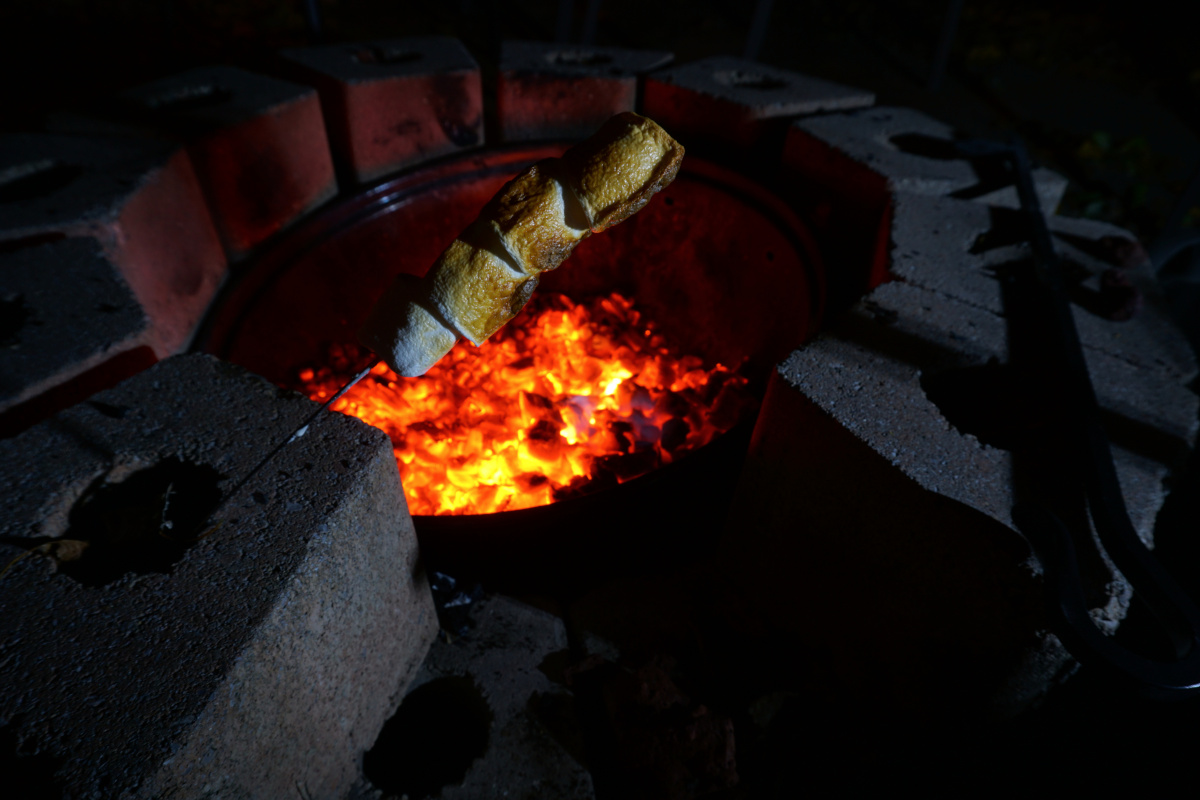